ZAI Ziegler und Aulbach Ingenieurgesellschaft mbH is the proud jersey sponsor of the Bewegungslegatheniker (“Movement Dyslexics“). The Bewegungslegastheniker play in the Bunte Liga in Aachen, a self-organized alternative soccer league, which has over 40 participating teams. The focus is on the game itself - all matches are played without referees. The Bunte Liga stands for tolerance, fairness and respect on and off the pitch. For this reason, a team from the local Aachen Prison has been playing in the Bunte Liga Aachen for over 10 years.

The employees of ZAI Ziegler und Aulbach Ingenieurgesellschaft mbH were also active in sports this year. Together with employees of Schloss Rahe GmbH, they took part in the Schloss Rahe Cup, which was held for the first time. It is a combination of a football tournament and a summer party, which allows all tenants of the castle to come together in a relaxed atmosphere in the castle park. 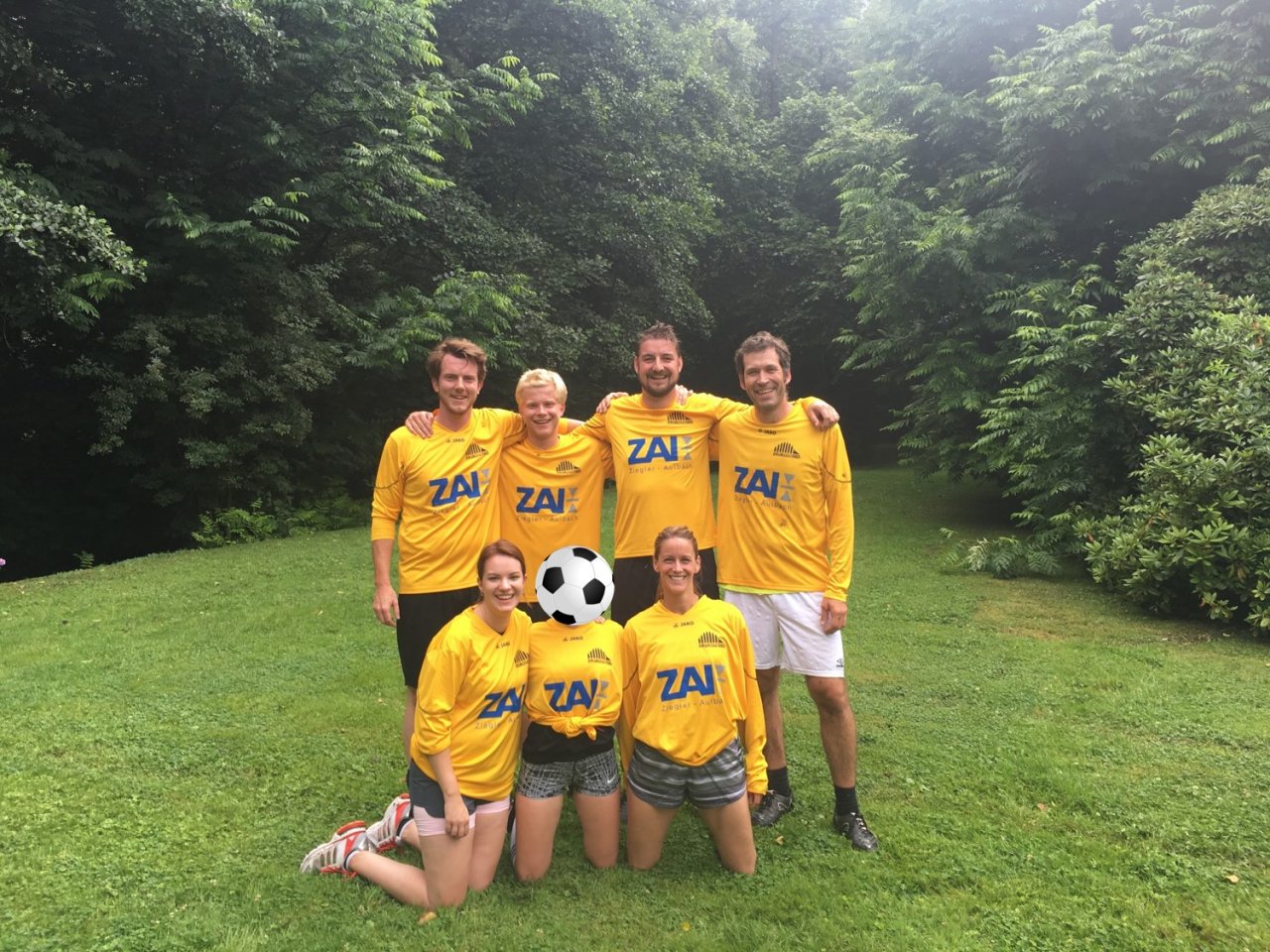