In the third issue of Geotechnik (44th volume, issue 3, September 2021) Prof. Ziegler is represented with an article.

The various EN 1997 verification methods used in Europe are based on different traditions and philosophies in the way and timing of factorization of loads and resistances. The resulting diversity of verification formats will be retained in the future generation of standards, which is why the goal of a harmonized verification procedure with a uniform safety level will once again not be achieved.

In this context, Dr. Elias Tafur and Prof. Ziegler in their paper entitled "Harmonization in geotechnics - a uniform verification procedure" report on the so-called MRFA verification procedure, which is based on the basic equations of EN 1990 and provides a separate partial safety factor for the respective parameters in the limit state equation ( loads, forces, ground resistances, geotechnical parameters). For the numerical determination of these partial safety factors, reliability calculations were performed for common geotechnical structures with different boundary conditions and for different limit states in a way that a given failure probability is not exceeded. The procedure is explained in an application example.

It is shown that a formal harmonization in geotechnical design is achieved by the use of the concept of the MRFA method. Furthermore, the application of the concept, with partial safety factors validated by reliability methods or probabilistic methods, results in safe and economical structural dimensions that lie in the middle of the range of variation obtained in Europe with previous national calculation methods. 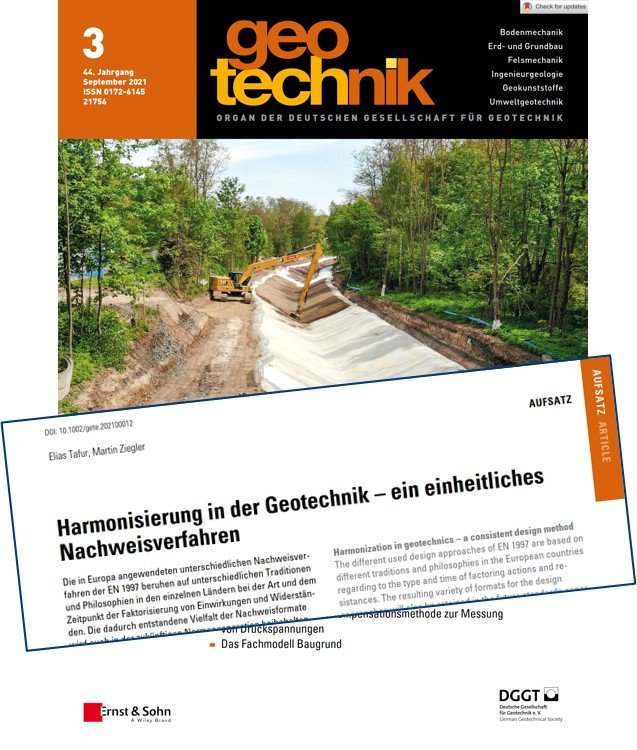